To Be Scandalized Is a Pleasure in Pasolini

Okay, Pasolini isn't all that scandalous, but I still love that quote.

From its velvety opening frames, in which his subject speaks slowly and thoughtfully to a radio interviewer, Abel Ferrara's 20th feature film feels like something the Italian-American iconoclast was born to make.

It isn't just because it's so visually appealing, with an emphasis on deep browns and soft golds, but because Ferrara's affection for his subject never curdles into uncritical fawning. That may have something to do with his own experience as the controversy-generating auteur of boundary-pushing films like Ms. 45 (a nun with a gun), Bad Lieutenant (Harvey Keitel as the man Frank Serpico warned you about), and The Driller Killer, a so-called video nasty banned in the United Kingdom for 15 years.

With his dark hair and glasses, Pier Paolo Pasolini (frequent Ferrara player Willem Dafoe, shifting nimbly from English to Italian and back) comes across as serious, focused, dedicated. He's a poet, novelist, and filmmaker who lives, quite happily, with his mother, Susanna (The Best of Youth's Adriana Asti).

After introducing the Pasolini of 1975, Ferrara launches into the first of several cuts to scenes from his unfinished books and films, in addition to clips from his Marquis de Sade adaptation, Saló, or the 120 Days of Sodom, first released only three weeks after his death--and still the go-to reference when seeking the most Bosch-like cinematic experience to date.

If Ferrara had made this portrait earlier in his career, he might have taken a more jacked-up or scandalous approach, but like Gus Van Sant's Last Days (2005), a ruminative re-imagining of the solo-driven hours leading up to Kurt Cobain's suicide, he mostly focuses on Pasolini's last days on Earth: talking to a journalist, dining with friends, and picking up a hustler. 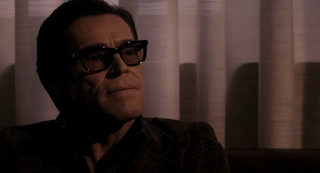 It all might be fairly quotidian, engaging but not especially earthshaking, except the outing with the 17-year-old hustler goes horribly awry. Ferrara doesn't romanticize what happened that night on the beach. Pasolini was here, and then he wasn't. The film briefly blooms into a tear-stained opera before fading to black (the soundtrack mixes Tony Joe White and the Staple Singers with Bach and Rossini's "Una Voce Poco Fa" as performed by Maria Callas).

Since Dafoe turned 63 this year, I worried that he might be too old for the role, but he looks young enough to pass for a 53-year-old. Then again, though the film is just opening theatrically in the United States, it was completed five years ago…but I didn't realize that while watching. In 2014, contributors to Indiewire's Best Undistributed Films list voted it in at #8.

Furthermore, according to Variety, Dafoe "lives in Rome, is married to Italian filmmaker Giada Colagrande, and speaks fluent Italian." Midwest provenance aside, he was born to star in Pasolini as much as Ferrara, who scripted with Matteo Garrone associate Maurizio Braucci (Gomorrah), was born to make it. I just wish there was more to it. At 85 minutes, it feels as if it's just getting started and then, the next thing you know: it's over.

Pasolini plays Grand Illusion Cinema from June 28 through July 3.
Posted by kathy fennessy at 11:37 AM No comments: 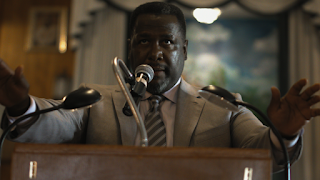 Louisiana native Wendell Pierce (The Wire, Treme) plays the pastor at the heart of Burning Cane, 19-year-old NYU film student Phillip Youmans' feature-film debut, a downbeat affair with a strong sense of place (much as with Charles Burnett's Killer of Sheep, it began life as a school project). Reverend Tillman is one of three characters in a rural African-American community who intersect in significant ways.

The film opens with a woman's steady voice. Helen (Karen Kaia Livers) talks about trying every trick in the book to cure her dog of mange. Though we see her moving about her shotgun shack, we don't see her speak, a technique long associated with Texas director Terrence Malick. Helen, who favors floral-print dresses and leather boots, proceeds to chop up a chicken, filling the screen with blood, flesh, and feathers.

While she goes about her business, the widowed pastor works up a sweat at the pulpit. The gist of his sermon: loved ones are superior to material things. He takes particular offense at the saying, "He who dies with the most toys wins." Afterwards, he swerves down the road while driving home, drinking and smoking all the way. The next time Helen, a church worker, spots him getting into his car while drunk, she offers to take the wheel, but he won't have it. "God is looking after me," he explains. 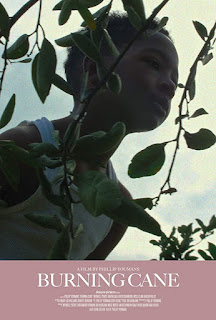 If God really is looking after the pastor, the Supreme Being is doing a crap job, because Reverend Tillman ends up crashing his car. Earlier that day, he had been complaining to Helen and another woman that he doesn't feel like he's reaching the younger parishioners. He follows with a crude comment about transgender individuals, indicating that his intolerance may have something to do with his lack of reach.

In the third story strand, Helen's unemployed son, Daniel (Dominique McClellan), looks after his son, Jeremiah (Braelyn Kelly). They sit in silence for the most part, though a moment of levity arrives when they shake off their lethargy long enough to dance along to Robert Johnson's "They're Red Hot." Like the pastor, Daniel can't resist the demon drink. He just keeps going until he throws up. And then he drinks some more. It doesn't take long to put two and two together: Daniel is like the dog with mange.

If the film ends in a way some may find shocking, it's all set up in that opening sequence. Even if it's inevitable, it doesn't feel completely earned.

Charles Mudede, staff writer at The Stranger (and my former editor), believes that the comparisons between Youmans and Malick are overstated, writing, "Too many critics have associated this startling work by a 19-year-old NYU film student, Phillip Youmans, with the films of Terrence Malick. But we can do better than that. If we really think about these brutally beautiful images of rural black life in the South, we find a much closer association with the films of the Mexican director Carlos Reygadas." 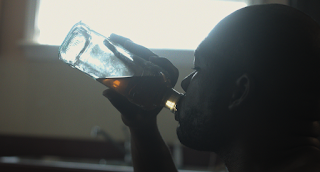 It's a flattering comparison that Youmans doesn't completely deserve. A few exterior shots recall Silent Light, the Reygadas film Mudede goes on to cite, but if the Malick comparison fits, and it does, there’s a third-hand feel to the film--as if Youmans were more influenced by the filmmakers who have followed in Malick's wake, like David Gordon Green (George Washington), Lance Hammer (Ballast), and producer Benh Zeitlin (Beasts of the Southern Wild). That isn't a terrible thing, but it isn't all that great either. And that's okay. Youmans has years to develop a more original style.

What's great is this: Wendell Pierce. Since the other, less experienced actors tend to be unsteadier on their feet, he gives the film the gravitas it needs. Pierce commands the screen when he's on it, and the film dies a little when he isn't. It doesn't hurt that the church scenes--Youmans served as both cinematographer and co-editor--are sufficiently bright that you can see exactly what's going on, whereas the other scenes are bathed in inky darkness, so when I say that Pierce lights up the screen: I mean it literally. Here's hoping Youmans achieves that level of mastery someday.

Burning Cane plays for a final time at the Uptown on Fri at 3:30pm. Director scheduled to attend. For more information, please click here.
Posted by kathy fennessy at 5:58 AM No comments: