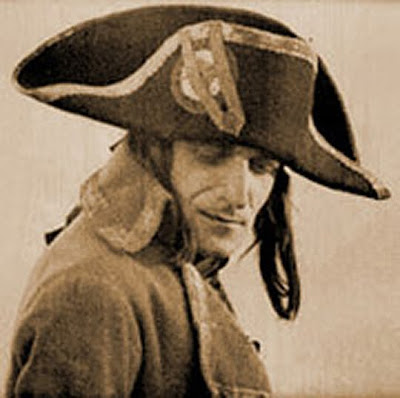 
The Eagle of Destiny

The life of Napoléon Bonaparte as the heroic savior of France is revealed from age ten to twenty-seven. Beginning with his boyhood at military school in Brienne, Boneparte is viewed as an outcast and a leader. Emerging as a young officer during the Revolution, the adult Boneparte (Albert Dieudonné) is first seen in Paris at the Club des Cordeliers where Danton introduces La Marseillaise to the mob as their national anthem. Bonaparte then attempts to unify his native Corsica, survives The Terror, becomes the hero of Toulon and embarks on his conquest of Italy.

Directed by Abel Gance, Napoleon (1927) was initially conceived as the first of six chapters on the life of Bonaparte. Cut by MGM from an original 29 reels to eight for its 1929 American release (with von Stroheim's Greed a fresh memory), restoration of Napoleon became the life work of film preservationist Kevin Brownlow in 1954.


Presented by the San Francisco Silent Film Festival in association with American Zoetrope, The Film Preserve, Photoplay Productions, and the BFI, Abel Gance's epic production Napoleon will be presented with live musical accompaniment performed by the Oakland East Bay Symphony with Carl Davis conducting his original score.
Posted by David Jeffers at 8:00 PM No comments: