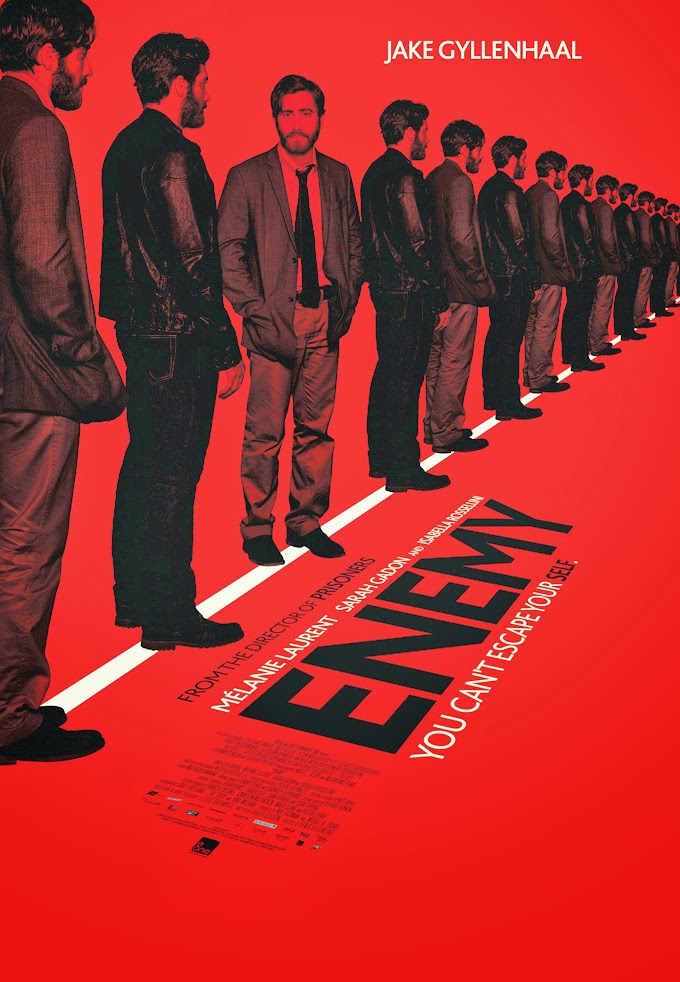 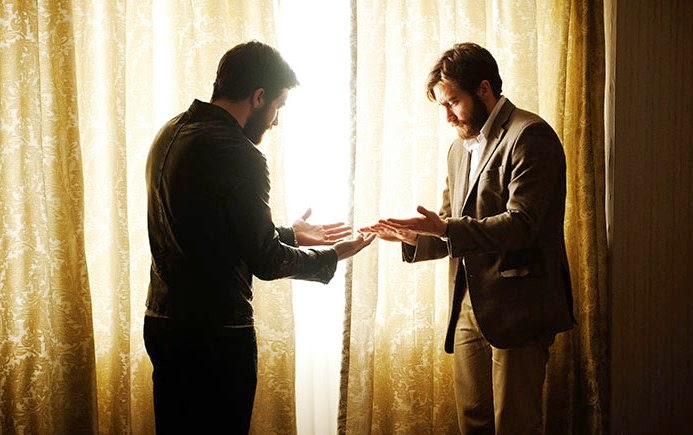 Vic + Flo Saw a Bear Has a Sting In Its Tale

Seattle filmmaker Robinson Devor has described his second feature, Police Beat, as a “blue and green noir” (as opposed to his period debut, The Woman Chaser, a full-on black and white effort).

I recalled that term while watching Denis Côté’s Vic + Flo Saw a Bear as the Québécois director is up to something similar in his seventh feature.

After serving time for a crime that Côté neglects to disclose, 61-year-old Victoria (Pierrette Robitaille), a tall woman with a penetrating stare, leaves prison only to find that her Uncle Émile, who's now confined to a wheelchair, isn't in the best condition to receive house guests. With nowhere else to stay, she moves into his bungalow. As a mute, Émile lacks the means to say no, but he gives no indication that he wants her to leave.

Guillaume, a parole officer (Goon’s Marc-André Grondin, virtually unrecognizable with a bald pate), checks in on Vic twice a week. He's pleasant enough, but she lies when she says that her brother, Yvon, still inhabits the house, which abuts a neglected sugar shack. Yvon's presence represents a condition of Vic's parole, but he's just left town with his new lady love.

Vic's lie seems likely to backfire, though Côté, who directed the tonally analogous Curling, keeps things more matter of fact than portentous--not counting the jungle drums, but he keeps even that effect to a minimum.

Vic's bisexual girlfriend, Florence (Romane Bohringer from The King Is Alive), soon joins the mix--as with Yvon's lady, Flo appears to be several years her junior. Guillaume continues to pay surprise visits, and puts things together quickly enough, but opts not to report any improprieties.

Though Vic tells Flo, "I'm old enough to know that I hate people," she gets along well enough with Guillaume and Marina (Marie Brassard), a flirtatious local, though Nicholas (Olivier Aubin), a neighbor, doesn't believe she's taking proper care of Émile, and lodges a complaint with social services. At this point, Côté also introduces an African American gentleman who has a way with guns and guitars. The feeling that this community is about to collapse on itself grows every time someone new enters the scene.

The relationship between the two women shifts when Flo's shady past catches up with her. If Vic doesn't make a few changes to her living situation, she threatens to hit the road. And even if she does, Flo still might flee, since she expresses more affection towards Vic than passion, but where I expected someone to shoot or get shot--Checkov's Gun and all--Côté heads in another, more metaphysical direction. Still, the impression of a noir transferred from the hub-bub of the city to the quiet of the forest remains. And in this forest: there are hunters and there is prey.

It pains me to say it, but I didn't really like the ending, which recalls Curling to some extent, except Côté isn't going for "likability" (and I haven't yet caught up with his previous film, Bestiaire). In this instance, however, he presents two endings which play alongside each other: the thing that happens and its aftermath, but it's actually rather generous of him, since you can take one and leave the other, or ponder the way they work together. In either case, he ensures that viewers considering a trip to rural Quebec will think twice--if they don't change their plans altogether.


Vic + Flo Saw a Bear plays the Northwest Film Forum through Mar 20.
Posted by kathy fennessy at 10:33 PM No comments: