That Was the Year That Was 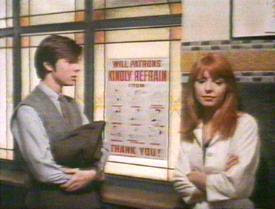 I'm still working on a more complete list for my blog (I look forward to catching up with Wendy and Lucy and The Wrestler before the end of 2008). In the meantime, here's the gist of my film year. Click the links below for my Amazon and Siffblog reviews and/or interviews, plus Steven Fried's post on My Winnipeg. Where my piec-
es aren't available on-line, I've included excerpts from my Video Librarian reviews.

Note: Every year, I compile a top 50, counting documentaries and reissues, but
if a non-narrative/pre-existing title impresses sufficiently, it might make my top
10, as in the case of Deep End, My Winnipeg, and Encounters. Since the former never received a proper US release, it's almost like a new title, though Skolimowski finally issued a film in 2008, Four Nights with Anna, which is making the festival rounds.

Note: What an amazing year for Israeli film! Aside from The Band's Visit and
Waltz with Bashir, Jellyfish made my top 30 (of 2008's animated features, I also enjoyed Wall-E and Fear(s) of the Dark). You, the Living is still seeking distribution.

Not everyone is cut out to be a doctor, but few medical practitioners chuck it all
to become surfers who sire nine children and travel the world in a 24-foot camper.
Doug Pray's admirably even-handed portrait of Dorian "Doc" Paskowitz and clan immediately distinguishes itself from surfing celebrations like Endless Summer and Riding Giants, though pro boarders Kelly Slater and Taylor Knox stop by to pay tribute (after all, Doc lived the dream, even bringing surfing to Israel). Co-produced by son Jonathan Paskowitz, Surfwise is more of a character study, and the salty-tongued Doc is quite a character. As his wife, Juliette, puts it, "For 10 years I was either pregnant or breast-feeding." As youngest child Josh quips, "We were born because Doc wanted to re-populate the world with Jews." A tanned and fit 85 at the time of filming, Doc doesn't see any of this as unusual, describing his family, instead, as "the most conventional people." (And they do seem surprisingly sane.) Nonetheless, all 11 members subsisted on a diet of health food (including branches), home-schooling, and big waves. For cash, Doc ran a surf camp and treated the occasional patient. Despite the lack of creature comforts, it might sound a little like paradise, except for the corporal punishment and the fact that the kids had to listen to their parents having sex every night. The director behind the fine music docs Hype! and Scratch, Pray never imposes his views on the narrative, but rather allows his subjects to speak for themselves. He leaves it up to viewers to decide whether Doc was genius, madman, or somewhere in between. Easily one of the year's most fascinating films.

Note: It's beyond me why The Order of Myths and Up the Yangtze weren't short-
listed for a Best Documentary Oscar. The Academy Award nominating committee instead gave the nod to Patrick Creadon's I.O.U.S.A., which displays all the artistry
of a PowerPoint presentation. Margaret Brown's doc premieres on PBS next year. 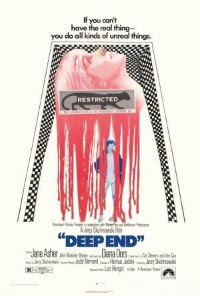 Note: This list only includes the DVDs I've actually watched,
hence the absence of some of the year's most celebrated titles.