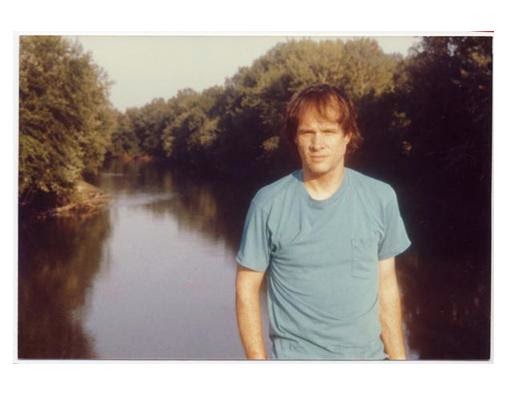 It's tough to
be ahead of your time, even if, in retrospect, Charles "Arthur" Russell wasn't doing anything all that unusual. He sang, composed, produced, and played the cello.

There's nothing overtly strange about his music, except that it's ethereal
without entering the more recognizable realms of ambient or new age. And
intimate, without qualifying as singer-songwriter fare. It's accessible, in
other words, but not commercial. And there you have it: the kiss of death.

You also have the makings of a cult artist, and that's where Wild Combi-
nation begins, i.e. at the inauspicious beginning, when Russell was a reg-
ular Iowa kid, playing in the school orchestra. He could be a million other
kids doing the thing they enjoy the most (Russell's mother also played the
cello). He could've become a classical musician, but fate had other plans.

His parents, Chuck and Emily Russell, who come across as clear-eyed and pragmatic, describe Arthur as an inquisitive young man with a severe case of acne (you can see the scarring in photographs). After his father discovered pot paraphernalia in his bedroom, they fought, and Arthur ran away. The year was 1967. From the look on Chuck's face, it's clear he regrets "bouncing" his son "on the floor."

In archival footage, Allen Ginsberg recalls meeting Russell in San Francisco, shortly after he arrived. At the time, the aspiring musician was a commune-dwelling Buddhist. "I had a sort of crush on Arthur," Ginsberg acknowledges, referring to him as "delicate," "youthful," and "oddly reticent." Russell often accompanied Ginsberg's readings, an association that continued after he moved to New York in 1974.

In NYC, Russell strove to combine his interests in folk, avant-garde, and proto-punk. He also moved into the same East Village tenement as Ginsberg and Richard Hell.

Just as he was experimenting with different musical forms, like the big band, he was "transitioning," as one observer puts it, from straight to gay. (Hence the inclusion of Wild Combination in the 13th annual Seattle Lesbian and Gay Film Festival.)

If Russell wasn't known to the world at large in the '70s, he was making his mark in Manhattan: directing performances at the Kitchen, sitting in with the Talking Heads, and working with Robert Wilson. Phillip Glass describes him as "one of the more eccentric of our music community." Other speakers include critic David Toop, musicians Jens Lekman and Ernie Brooks (the Modern Lovers), label head Will Socolov (with whom Russell formed Sleeping Bag Records), and partner Tom Lee.

As proto-punk gave way to punk, new wave, and post-punk, Russell turned to...disco, garage, and house. Granted, his approach wasn't exactly mainstream, but it was definitely, yes, accessible, and to confuse the public further, he recorded under a variety of pseudonyms, but couldn't take direction well and nor did he "play well with others." Stress and strain aside, it was all for the best, since Russell was always meant to be a solo artist, and it's in that configuration that he recorded the singular songs for which he's best remembered today.

All of this history and commentary would be interesting enough, except Brooklyn director Matt Wolf's feature debut is more than just a by-the-numbers biodoc about an obscure artist, since the 24-year-old has managed to unearth an impressive array of rare and unseen audio and video material.

His recreations are also unobtrusive, which is to say, they rarely draw attention to themselves as fictional re-enactments. And the entire thing is pleasing to the eye and saturated with the otherworldly results of Russell's obsessive labors (he worked on the title track, “Wild Combination,” for five years).

If Wolf’s portrait sounds more like a rock documentary than a gay film,
that's because it starts out that way and plays as such most of the way
through. Then, during the last act, it changes, just as Russell changed
and just as the people around him changed through knowing him.

To say more would be to say too much. Suffice to say, I found the
ending quite moving, since Wolf suggests that the legacy of Arthur
Russell (1952-1992) lives on as vividly in the nooks and crannies
of New York as it does in the corn fields of Oskaloosa, Iowa.

Coda: Russell’s World of Echo was re-released by Audika in 2004.
Whether intentional or coincidental, the next release in Audika’s
Russell reissue series, Love Is Overtaking Me, hits the streets on
10/28 at the same time Wolf’s movie is making the rounds.

Wild Combination: A Portrait of Arthur Russell plays the Harvard Exit
on 10/22 at 9:45pm. For more information about the film, please click here;
for more about the SLGFF, here. The Harvard Exit is located at 807 E Roy.
Images from All Music Guide, Deep Movements, and Sleephouse Radio.

12/7 update: click here for my review of the Plexifilm DVD.
Posted by kathy fennessy at 8:25 AM