SIFF aficionado and long-time LiveJournaler Agent Cooper is not pleased.

"Pacific Place and the Cinerama aren't participating in SIFF this year! Instead SIFF is expanding to the Neptune (in the U District) and the Uptown (lower Queen Anne). ARGH!" 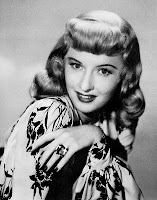 Let's see...I was born in Connecticut, rais-
ed in Alaska and have lived in Seattle since 1988. First SIFF film I ever saw: The De-
cline of Western Civilization Part II: The Metal Years. I've been volunteering for SIFF since 1994; for the past four years, I've written for the program guide. Since 1988, I've also volunteered for KCMU/KEXP, the Hugo House and, of course, Tablet (for which I reviewed CDs, films, and books).

I quit my day job and am now doing the freelance thing full-time. My main
gig is with Amazon (CDs and DVDs), but I also write and/or have written
for The Anchorage Times, Seattle Sound (later to become City Arts), Res-
onance, All Music Guide, Film.com, Microsoft Cinemania, Reel News, and Trouser Press. Oh, and I was a DJ/voice talent for almost 20 years (KW-
HL, KNDD, etc.), but am currently on hiatus. And I have two crazy cats.

P.S. I look nothing like Barbara Stanwyck, but can't imagine a better avatar!
Posted by kathy fennessy at 12:27 PM No comments:

The SIFF blog also has an additional URL: siffblog.com. We're prepping for the 2005 relaunch, days away. See you in the dark!

I'm also looking to see if i can figure out how to fix GGG's curly-quotes getting insanitized, as I'm quite sure it bugs her. The new version of the header is up too, and I think that's the last of the changes.

Posted by mwhybark at 3:20 AM No comments: